Donut Worry...Be Happy. What a great layout title! Here’s another layout from the donut themed party. For this layout, I followed the sketch $#435 at Sketches in Thyme.

Before adding the photos, I cut three strips of patterned paper/cardstock to completely cover the cardstock base. I used the same American Crafts paper pad as I used for the other layouts for this birthday party. I cut down the 4x6 photos to allow some space between them and to be able to see more of the background papers.

The title was made by matting white cardstock to pink cardstock circles and then stamping. I added the journaling box to the bottom of the 6x4 photo as in the sketch. 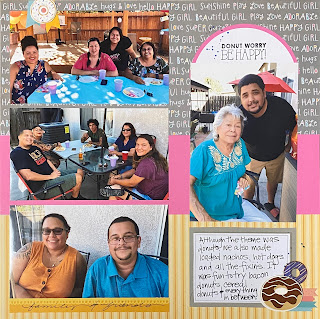 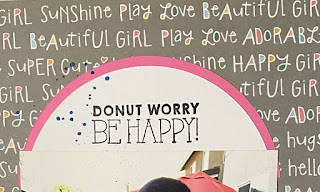 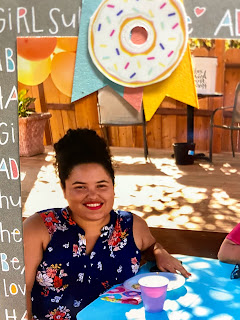 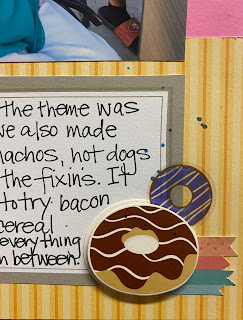 Added some donut stickers, paper banners and some ink splatters in a diagonal.
I added the label “Paper Pad Party” because I’m really trying to bash this paper pad for this birthday party. I love the bright colors and they seem to coordinate perfectly and there are journaling cards included. With the exception of the donut stickers, I’m only using what’s in the pad...now that’s a party! 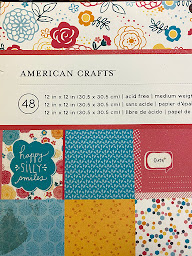 Click on over to the Sketches in Thyme challenge site to join the challenge or just to get some inspiration.