The newest challenge theme at Bitten By The Bug 2 (BBTB2) is Feels Like Fall. I created my own SVG by combining an image that I bought at Etsy along with others from Design Space.
I've heard of Post Malone and can say I know a song or two but that's about it. DS3 & DIL like his music so of course my granddaughter likes his music too. I purchased the Post Malone SVG from CloverwoodShoppe in Etsy. Originally I purchased the image to put on a cup. Nope! This image has so many small cuts that it was crazy hard to weed.
One of his popular songs is "Sunflower"...that's where I got the idea to make this shirt. And since sunflowers are dominate in Fall bouquets, it fit the theme. 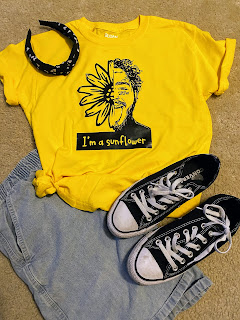 (my daughter helped me with this mock up!) 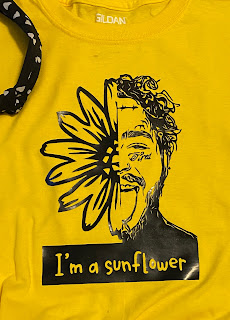 I did remove some of the small detailed lines here & there on his face and hair - it is truly a very detailed cut. I created a rectangle from the square shape to slice his face in half. I did the same thing with the sunflower (and daisy *see below).
Then I created the text with Be Free Cricut font. Created another rectangle the same width of the image and sliced the text from it. All three pieces were welded together to create the final image. 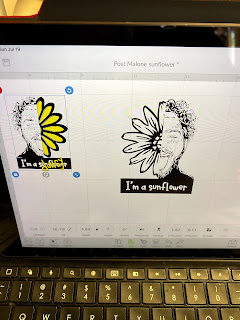 *Now, if you're a regular follower of mine, you know my other granddaughter's name is Daisy. I decided to make one for her too with a few changes. First change is to use a daisy instead of a sunflower and have "daisy" cross out "sunflower". 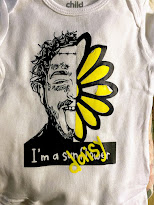 I pressed too long when adhering the yellow layer and it melted some of the vinyl. The left side of this image took me forever to weed and there was NO WAY I was not going to use the image. I had to recut the yellow number one & four petals and repress. You can't even tell! 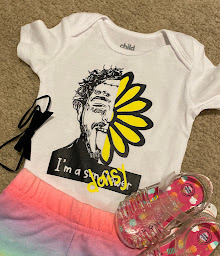 My granddaughters...a couple of cool chicks! 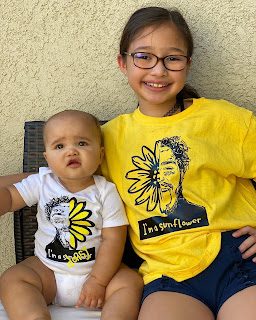 Now it's your turn...link up your Cricut project using the current theme of Feels Like Fall on the Bitten By The Bug 2 blog (BBTB2).
Posted by Dorlene Durham at 5:00 AM