Yes, I know how to spell "night", but the company is actually called Paint Nite.  My coworkers organized a fundraiser.  There were a total of 45 people who participated and we had a blast!


I must be honest, I did not really like the featured painting so when I finished and didn't like it, I wasn't too hard on myself.  LOL  But I'm still hanging it somewhere in the Command Center.  In fact, don't be surprised if it changes a lot they next time you see it. (maybe a little less creepy...)


Here are some photos: 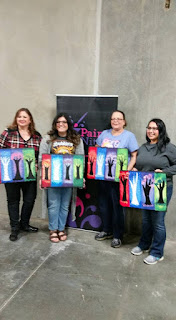 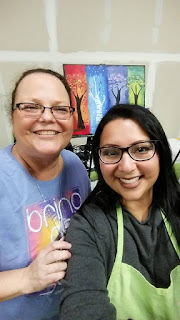 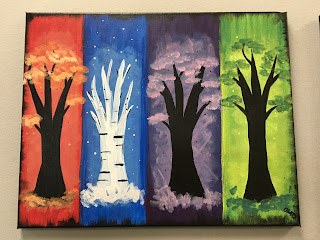 For those who don't know what Paint Nite is all about, basically it's the newest thing for people to have some food & drinks and take part of a painting lesson.  It's very basic and a lot of fun.  I mean, you're not going to create a masterpiece but it's the idea of doing something different with your buddies.  It costs about $30 for all your painting supplies and the instructor.  Food & drinks are separate.  Not a bad deal!  Check out their website.


If you're already a follower of mine, you know that we've been working on re-doing/organizing the Command Center.  We are pretty much done just making some last minute moves.  I'll post before and after photos next week.


Have an awesome week!
Posted by Dorlene Durham at 7:00 AM