It’s Saturday night and I’m home alone. That does not happen very often. I’m glad it doesn’t but every once in awhile, it’s nice! So what did I do? I watched a couple of movies, hung a picture up in the Guest Room, messed around in the Command Center and made this: 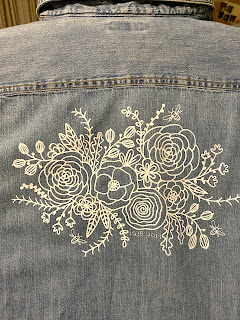 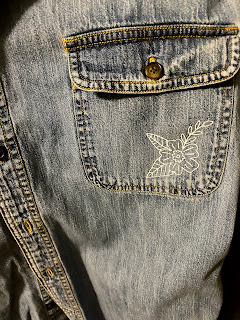 I created a customized cut file in Cricut Design Space using an existing floral bundle but then added some bees and dates to customize a denim shirt that used to be my dad’s. My dad passed away in 2013 and we kept a few clothing items that were his. My daughter had a couple of his shirts and recently gave them to me. (I’m not sure why the shirt looks like another color denim in the two photos, but I swear it’s the same shirt.) 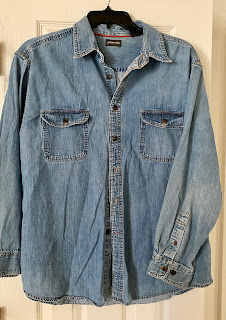 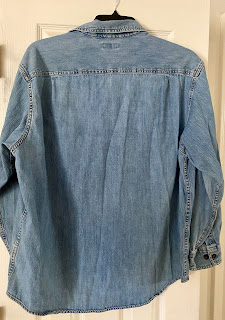 I’ve seen people decorate denim jackets for brides so I ran with that idea. The numbers added are his birth and death years and the bees are a play on my maiden name - Weatherby (the “by” is pronounced “bee”).

Pretty cool, huh? Especially since today would have been his 82nd birthday.

Posted by Dorlene Durham at 9:30 PM