The current challenge at the Bitten By The Bug 2 challenge site is FOOD.

I really thought this was going to be an easy one. I purchased this ornament a couple of weekends ago and decided to add some vinyl to the back to commemorate the fact that our family has been enjoying Friday Night Pizza since 1995. Yes, I said 1995! 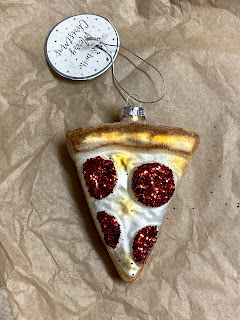 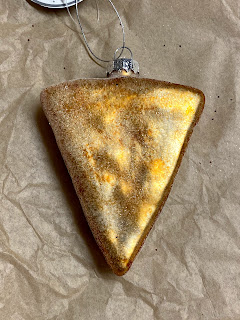 The ornament is super cute with lots of glitter on the pepperonis! 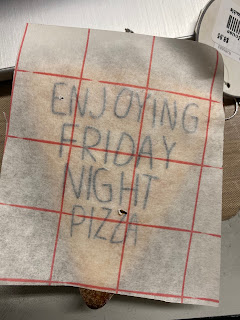 First, it was really hard to pull off the backing sheet since these letters were very small and thin (Font is actually called Skinny Thing) but I finally did it. Then... 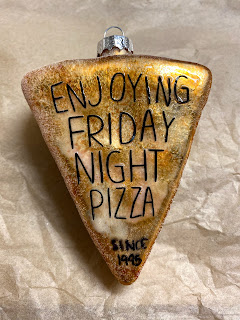 The vinyl letters did not want to stick to the ornament.

The back is not flat plus has a a sort of dust of glitter all over. I wiped it with a cotton ball & alcohol, but that did not help. So I added a coating of Modge Podge over all the letters. I originally had “since 1995”, but they were even smaller than the other letters so I opted to write it with a Sharpie.

Now it’s your turn, create a project with FOOD as your inspiration and link it to the BBTB2 challenge site.
Posted by Dorlene Durham at 4:00 AM