The current challenge at the Bitten By The Bug 2 (BBTB2) challenge site is...Summer Fun! The possibilities are endless with this challenge theme. In fact, I have many summer projects on the horizon using my Cricut but I decided to chose this one since I just completed it over the weekend. 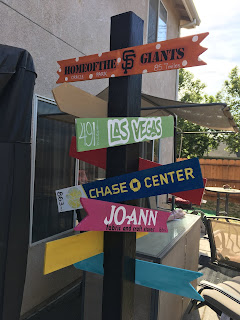 Hubby and I decided to make a directional sign for our backyard. We had a couple examples pinned on Pinterest since we both liked the idea. If you follow my blog, you know we're big sports fans so we wanted to use the team "fields" to highlight and the other four locations are special to us for various reasons; UC Santa Cruz is where one son is attending college, my mom and sister live in Tucson (and soon our favorite uncle), daughter & I love to shop at Joann Fabrics (I mean who doesn't?) and lastly hubby's favorite vacation spot...Las Vegas (also where another son got married). 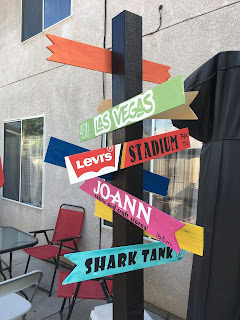 I made stencils using my Cricut & vinyl scraps. I created SVG files for some of the logos but most were created using my Cricut and system fonts. Originally I was just going to hand paint the lettering, but I'm so glad I decided to make stencils instead....I mean, isn't that why I have the Cricut? To use it as much as possible?

Here are the completed slats: 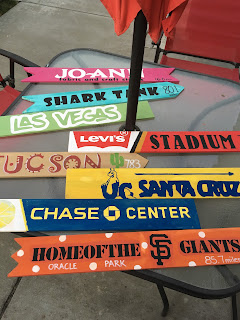 And another side of the completed project: 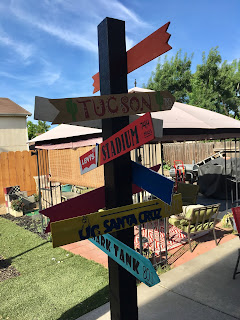 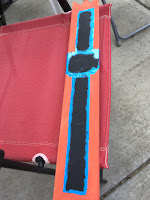 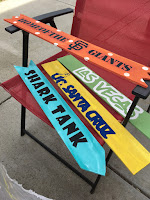 Isn't this so much fun! I love how we used different colors for each of the slats and they are so bright against the black base.

One thing to note: my hubby is not crafty...lol...he's been working on our backyard and this definitely personalizes it. He was the one to tap my shoulder and say..."let's do this!" so how could I say no.